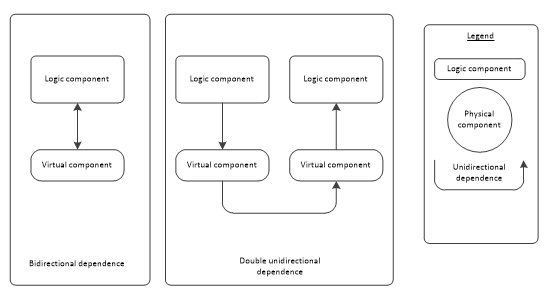 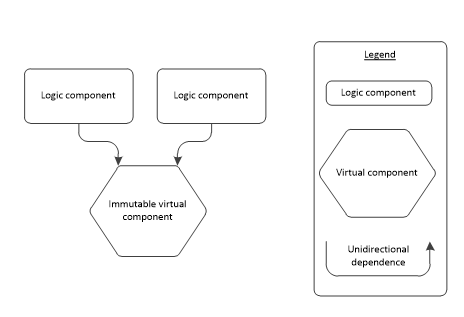 The following table shows the possible interactions between a component and the abstract characteristics of a virtual component.  These abstract characteristics take into account the inputs and outputs from a same logic component towards a single virtual component. Although some interactions seem impossible, they will be noted as improbable, since the test does not cover all possible circumstances of these combinations.